How to Build a Creative Company 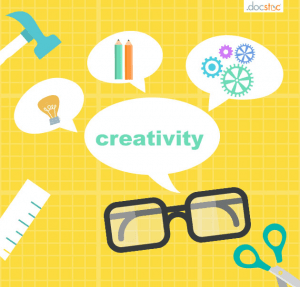 For at least the last 20 years, with the emergence of the internet, the pervasiveness of technology and the legends of Silicon Valley gaining increasing prominence in our collective consciousness, creativity has been at the heart of every business success story. So much so that we are fast becoming a country of entrepreneurs and startups, striving to shun corporate life and instead change the world while wearing our most comfortable jeans. Instead of rebelling by starting a band, we rebel by becoming an entrepreneur and starting a game-changing business. We strive to be innovative and creative, to do what we love, retire early or, more preferably, to avoid having a “real” job at all.

But launching a creative company is not only harder than it seems; in many cases, it may not even be the right path to take. The following will help explain the ins and outs of establishing and managing a creative company. But first, let’s define exactly what we mean by “creativity.”

History often shines a light on the success stories at the expense of all the hard work, and all the failure behind the few standout stars. When we face reality, we find that real creativity has nothing to do with business. It is a harsh and dirty process, and those that practice it in its truest form, most notably musicians, artists and writers, are more likely to live on the margins of society and at the bottom of the economic ladder.

Creativity in business, therefore, is actually synonymous with innovation and problem solving. If channeled properly, it can be a powerful force for any company and in any industry. Creativity can be one of the greatest problem-solving tools for any business, as long as you know how to properly use it. Some of the most innovative companies have leveraged creativity in similar ways, and their processes have begun to reveal a pattern.

As a business owner and entrepreneur, where do you start following in these innovator’s footsteps? The best way is to first decide if you really want creativity to be a core part of your business. If you strive to be an expert in your field, to be as efficient as possible and to work in a comfortable environment where everyone gets along, the answer is probably “no.” But if you’re willing to dedicate completely to being uncomfortable, candid and even argumentative, your business may be suited for a creative environment. The best place to begin is with the source of the inspiration: the people who will define this creative environment.

Creativity requires surrounding yourself with the right people. And in many instances, this means hiring the “wrong people” for the job. The fact is that experts are often too entrenched in their field of expertise to be able to think outside the box. Creativity can sometimes come from the most unlikely places and from people who know very little about an industry, a product or a market; it’s the ability to see solutions through new perspectives, not something learned through years of experience. For example, IDEO, one of the more famous product design companies and often-cited examples of innovation at work, is known for hiring people with very diverse backgrounds and skills.

At Innocentive, a website that crowdsources solutions to difficult scientific problems, most of the successful answers come from people who are at the edge of a particular field. This means a chemist would be more likely to solve a molecular biology problem rather than a chemistry problem.

Therefore, as a business owner seeking to build a creative environment, you should seek to hire beginners with enough self-confidence to ask dumb questions, to approach things in unconventional ways and to try new ideas and stick with them even after others tell them they’re crazy. The greatest innovations often start off as half-formed ideas and experiments. An innovative idea needs 100 percent commitment to have a chance, and this requires an immense amount of mental fortitude, even stubbornness. As Henry Ford once said, “If you think you can, or if you think you can’t, you are right.”

To enhance your personal level of creativity, dive into subjects you know nothing about. Attend at least one conference a year that is completely outside your scope. Doing so will keep you on the edge of what you are comfortable with, spurring creative connections between seemingly disparate subjects.

If you’ve been bold enough to throw out traditional hiring practices and bring on people with very diverse backgrounds and expertise, you now have to figure out a way to manage them and their diverse forms of creativity.

The first thing to keep in mind is that creativity is very inefficient, and traditional management practices simply will not work. As a business owner, you must be willing to waste more time than you feel comfortable with exploring new ideas and holding out until you stumble on something useful. On top of this, you must protect your team from outside influences who don’t know what’s possible yet, including investors and managers, who are often influenced by the bottom line. This may even include you, who at the end of the day need to prioritize being able to make payroll.

Creative teams and ideas, therefore, must often be incubated away from outside business influences. This is the reason Xerox set up its Xerox PARC research center in Palo Alto, Calif., away from its New York offices. One example is Gary Starkweather, who came up with the idea for the laser printer in 1969 at Xerox’s New York lab. Because of company culture, he was unable to get any support from his superiors, despite test after test showing he had a feasible idea. It wasn’t until he was transferred to PARC in 1971 that his project took off, eventually becoming one of Xerox’s bestselling products.

Besides shielding creative teams, you must ensure that they are consistently producing ideas. One way to start catalyzing new ideas is to follow Bob Sutton’s advice to “find some happy people and get them to fight.” This means that, assuming you successfully hired for creativity, the teams that produce the best work should be constantly questioning and arguing about their ideas, weeding out the bad ones and ensuring only great ones survive their scrutiny. This can be a messy process, but it is essential that everyone on the team cares deeply about their own ideas and is willing to fight for them, but is also prepared to let go if their position has been thoroughly disproven. Self-confidence is a must. So is respect, both individually and between team members. Personal issues should never be allowed to distract creative work, and no creative disagreements should ever be taken personally.

Perhaps the best example in recent memory of a brilliant creativity manager is Ed Catmull, President of Pixar and Disney Animation Studios. In his new book,Creativity Inc., Catmull describes the emergence of the Braintrust during the production of the Pixar film “Toy Story.” At its core, it is a peer-review process in which the filmmaker gets feedback from a large team of Pixar employees. Together, the team gives feedback on what is and is not working, and tries to root out the true essence of the story.

The need for the Braintrust, according to Catmull, stems from the fact that “people who take on complicated projects become lost at some point in the process.” The Braintrust, therefore, exists to reset filmmakers’ perspectives, give them fresh ideas, and let them make connections they were previously unable to see.

This may sound like fairly traditional brainstorming, but there are two things that make the Braintrust special. First, it is made up of people with “a deep understanding of storytelling.” Second, it has no authority, meaning the filmmaker possesses control over the project at all times.

For a large creative project, a similar tool to the Braintrust can be invaluable. For an organization to manage creativity, feedback and communication must flow as freely as possible, and it is up to the leaders to create this environment. On top of this, the idea in question must belong to the person who conceived it, who is charged with preserving the integrity of his or her idea while reshaping it in reaction to the critiques of his or her creative peers. This brings up another very important point: In order to empower people to be creative, leaders must reward creativity over success. When trying to innovate, failure is essential, and it cannot be feared.

As a manager, you must only punish inaction. People who work hard, even if they fail, should be celebrated. Creativity and success are directly tied to action. This means that anyone who talks about what they are going to do or spends days and weeks making plans without actually doing anything should not be tolerated in a creative environment.

Simple Steps to Increase Your Creativity

Author Jonah Lehrer, who wrote the book Imagine: How Creativity Works, looked at problem-solving and creativity studies and came up with some ways to increase individual creativity:

2. People who are groggy, or even drunk, perform better at certain types of creative problem solving.

4. Laughter, induced by comedy, can raise creativity, which was shown in people trying to solve insight puzzles.

5. When tested for creativity, people who worked directly outside of a cubicle performed better than those who worked inside of it.

6. People who have lived in multiple countries were more likely to perform better on insight puzzles.

At the end of the day, creativity and innovation do not spell success. The creative process is full of wasted time, arguments and a constant churn of new (and often uncomfortable) ideas. It is simply not for every company; many small businesses require consistency and stability to succeed. Most businesses will be better off learning tried-and-true management practices to run an efficient operation, with the exception of those exceptional few: Those who truly believe that creative vision, differentiation and innovation will be what sets their business apart from the crowd.